It is difficult to establish the exact date when golf was first played in Dunfanaghy. There are those who maintain that in the early 1740's, a founder member of the Royal and Ancient Golfing Society, a certain Mr Stewart, came to reside in Horn Head House on the outskirts of the village. It is said that his enthusiasm for the game of golf was so great that he laid out a course of 6 holes among the sand dunes, close to his residence, where he entertained his invited guests to join him in his new pastime of golf.

If this is true, there is no indication as to where this course was situated. Was it at Killahoey, or was it on the stretch of land between the Horn Head bridge and Tramore beach?


Formation of the Golf Club
One fact that we do know to be true is that golf was played in Dunfanaghy in 1886. The proof of this is to be found in an article in the Derry Journal dated 24th April 1886 which states....
"the opening match of the season was played on the links belonging to the Stewart Arms Hotel on Tuesday. The weather was all that could have been desired and the greens, having been lately returfed and rolled, were in excellent condition.
The following members competed, the prize being a box of golf balls......."

The earliest record held by the club dates back to 11th July 1906 when at a meeting in the Courthouse in Dunfanaghy... "it was resolved that a club to be called The Dunfanaghy Golf Club be formed."

The founder members, numbering less than 20, were the important people of the day. The Church of Ireland Rector, the Parish Priest, the Presbyterian Minister, the Doctor, the agent for the Stewart-Bam Estate, the hotelier who had started the course some years before, a retired army major and a few of the village's businessmen were the nucleus of the club in those early days.

Membership over the first half century never exceeded 30. Long gone are the days when golf clubs were the exclusive domain of a chosen few. Dunfanaghy Golf Club now has a large membership that is open to all. 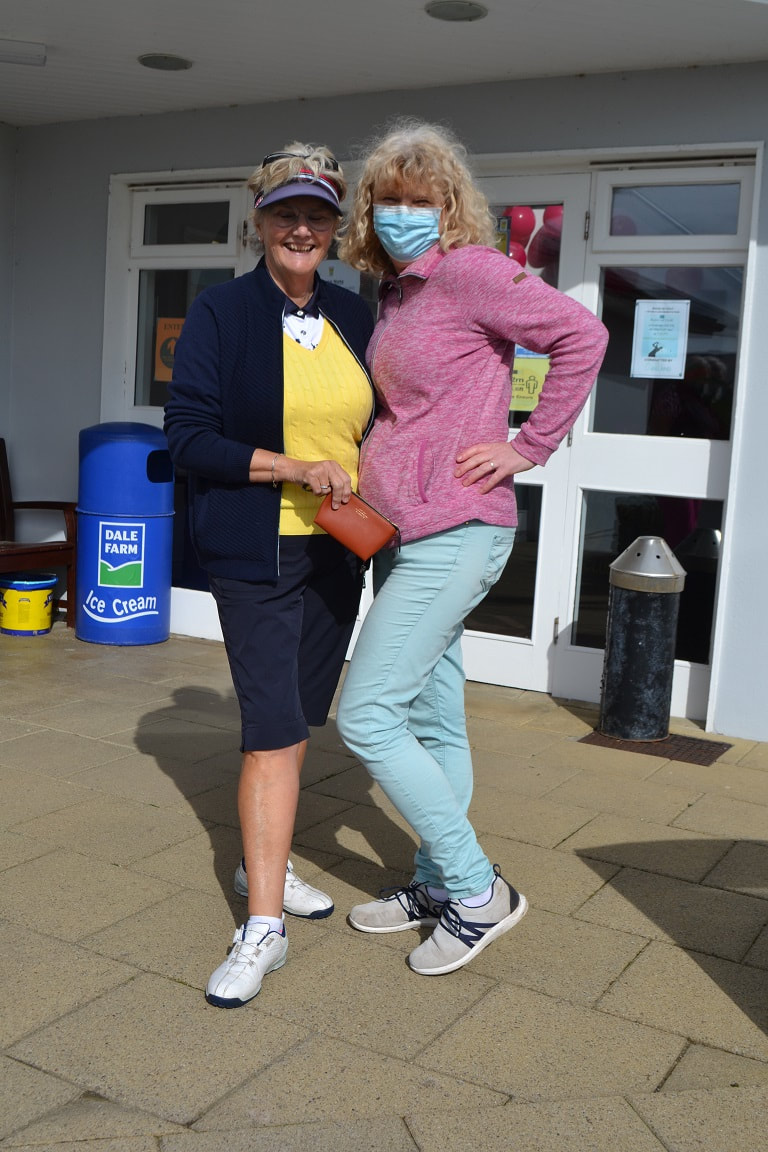 Golf being played in Dunfanaghy in the late 19th Century. Dunfanaghy led the way with inclusiveness back then as well.

It is difficult to establish the exact date golf was first played in Dunfanaghy. The earliest record found to date is an article dated 24th April 1886 in the Derry Journal.
“The opening match of the season was played on the links belonging to the Stewart Arms Hotel on Tuesday. The weather was all that could be desired, and the greens, having been lately re-turfed and rolled, were in excellent condition. The following members competed, the prize being a box of golf balls:- Messrs Maturin & Sterritt, Crawford & Roll, Morrison & Robinson, O’Donnell & Henderson. After a very closely contested game Messrs Maturin & Sterritt won by one hole”

The course is also listed in the Golfer and Sportsman Holiday Guide 1897.

The earliest record held by the club dates back to 11th July 1906, when at a meeting in the Court House Dunfanaghy, it was resolved that a club to be called Dunfanaghy Golf Club be formed.
The first officers to be elected in 1906 were:
President:         J.H. Burke-Murphy
Captain:            Major Edgeworth Johnson
Secretary & Treasurer:  J.A. Sterritt

It is difficult to ascertain where all these different holes lay, as compared to the present layout. What we do know, however, is that the course we play today is very similar to the course laid out by the great Harry Vardon.
In those early days some interesting rules were made and in 1909 it was decided that no member could purchase lost golf balls except from the Hon. Treasurer. Another resolution was that instead of tin flags, pieces of cloth could be used. During the same year the price of caddies was revised from 2d to 3d per 9 holes.

In 1912, It was proposed in Committee that the Club should affiliate with the Golfing Union of Ireland (GUI), but the motion was defeated and it was resolved that the matter should not be proceeded with – a situation which did not change until 1920, when the Club finally registered with the GUI.

During the year 1925 it was found necessary to approach a local football club to prevent them from, as the minutes stated, “Kicking football on the course”.
In 1979 some 54 years later, problems of this nature again arose with the local soccer club and it became necessary for the Captain and Secretary to meet with representatives of the soccer club to try and have the playing pitch moved from the rough adjacent to the 5th fairway.

It is recorded that, during World War 2, the trenches in the rough to the side of the 12th fairway were constructed by members to prevent the landing of aircraft on the golf course.

The cost of playing golf at Dunfanaghy has always been reasonable and as late as 1973 the daily green fees were only £0.40. A full membership was £5.00 for men and £1.25 for ladies.

In the first half century the club had a small membership but now we have a very vibrant membership, not only from the local area but from all over Ireland and further afield. Why not come and join us and enjoy the Dunfanaghy experience!